Republished from The Vigilant Fox’s Substack.

During a friendly debate on the efficacy of Ivermectin, Dr. Pierre Kory responded to a comment that Alex Berenson made, comparing advocates of ivermectin to advocates of the vaccine, essentially saying both have attached themselves to a drug based on feelings and not evidence.

But there’s a critical difference. “Look what the agencies are advocating for,” said Dr. Kory.

He asked Berenson, “Do you think we’re in a state of regulatory capture of the health agencies?” 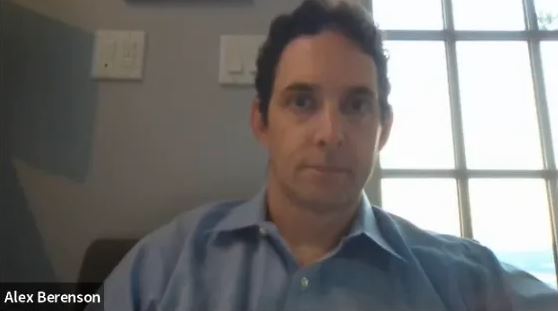 Pierre built on that belief. “So that’s exactly what I want to base my point on. Instead of saying the advocates for the vaccines and the advocates for your ivermectin are similar, I would say, what’s similar is what the agencies want.”

“So look at what their arguments are: they want vaccines in every arm, and they want at all costs to prevent ivermectin from reaching anyone. So I think that’s the same side of the — my opinion is everything you’ve seen, every piece of bs, and I think crimes and fraud have been committed in the championing of these vaccines, ignoring data, ignoring natural immunity, all the chicanery that these agencies have pulled … [and] when you look at what they did to ivermectin, that’s the spot, that’s the part that I would be suspicious of. And so, that’s what I think is — two things that you should be skeptical of; you should be skeptical of what’s coming from the top.”

Most definitely. Dr. Kory also mentioned his personal experience with treating his own patients with ivermectin.

“Not only [did] the early data show, like a signal, we hadn’t seen around anything, but I was starting to treat patients. And I was like, ‘Wow!’ I would have patients super sick — four, five, six days. Within 12 to 24 hours, they were turning around.”

Now, here’s the big angle where Kory took aim at Berenson’s skepticism: the belief that only esteemed, randomized control trials can be given any attention.

There are three main falsehoods on this topic:

One. The hegemony of RCTs (randomized control trials) is that randomized and observational studies lead to different conclusions.

“Every time you have like a promising study that shows this or that, everyone says, ‘Ah! We need to do a big RCT to prove it.’ There are half a dozen reviews that have looked over decades of trials, and when you compare collections of observational and randomized, they reach the exact same conclusion on average throughout the history of evidence-based medicine. Yet, we’re in a modern health system, where nothing is proven until a high-impact journal with a highly-funded study, which is supposedly high-quality — that’s the arbiter of truth. And I will tell you, that’s false ... You’re essentially looking to capture journals who now control that’s what gets used.”

“Again, not true. High-quality [and] low-quality are actually separated by grading scales, which academics have come up with bias and all this stuff — concealment randomization, allocation, and when you actually look at high-quality, low-quality trials studying the same thing, if you look at collections of them, they reach the same conclusions, yet we dismiss all the low-quality.”

Three. It is better to pick one esteemed study than to look at meta-analyses.

“The highest form of medical evidence is meta-analyses. It’s when you group all the data together, and when you do that, you show statistically significant improvements in mortality, hospitalization, [and] time to viral clearance. Any individual trial will show one thing, but you want to look at the average of all the data, and when you do that, I’m going to tell you, Alex, in my study of therapeutics, I’ve never seen a more proven drug than ivermectin. Right now, we have 88 controlled trials involving 132,000 patients, and when you look at meta-analyses, no matter how you slice it and dice it, it’s so profoundly positive [for ivermectin]. And yet I sit, I’ve listened to all of these kind of these narratives, and I just feel like it’s this selective ‘Look at a couple of trials,’ and then you ignore a massive evidence base, and I think that’s what leads people astray.”

Thank you so much, Dr. Kory, for this important breakdown. It is so easy to jump to a conclusion when you pick and choose the studies you want, but when all the data is combined, it’s evident. Ivermectin works.

This article was written by The Vigilant Fox and republished under Creative Commons.

The post WATCH: Dr. Pierre Kory Takes Alex Berenson to School on How to Sift Through and Analyze Scientific Studies appeared first on We Are Change.